HOW TO INCREASE THE LUCK IN YOUR KARMA 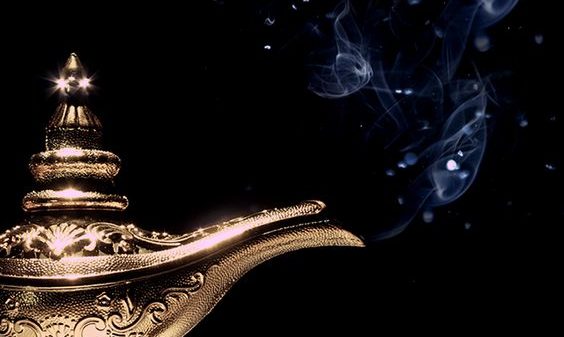 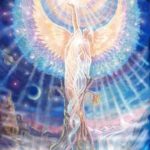 Here I will talk about Karma or Destiny. Also in our Christian gospels there is a written trace of previous lives of our soul that influence our present life. We are talking about seven levels of evolution, in which we reincarnate.

In the last two levels of wisdom and knowledge, we enter into full power. Depending on the developmental level the karma can be more or less heavy. The only one who can intervene on our present karma is our free will, that our rational choices about what we choose to be and live.

The case does not exist but there’s karma and our decisions on how to behave. Our being has previous existences. The pain and suffering, as well as the fortunes and joys we have debts we have incurred in previous existences. The child will pay for the sins of his grandfather. ” We always hope that no, because every individual should answer only of their past lives and not those of the closest loved ones. If the human brain can not remember anything of the karmic past, it is both a fortune and is a precaution to the inevitable guilt (or even worse) that we would if we remembered all the mistakes and bad that we made in grape vine previous.

The past-life memories may surface to the conscious mind only when the concrete mind no longer has the upper hand in personality and this happens only in rare moments of evolutionary stages and especially in the Initiates, in which the abstract mind is in perfect balance with the concrete mind . Sometimes after various kinds and even severe trauma we can see past lives, especially if they have been lives of some importance and a component of struggles and difficulties.
The higher self of each person precisely knows all his karma and he decides how it is possible in every life to live for the person (either positive or negative), but always in a slow and gradual, because no human could withstand all Karma in one life.
The evolutionary level of an individual can be ascertained in a scientifically esoteric, but must be of clairvoyants volunteers, so as to see the human Aura with all Chakra since in their deepest nuclei; the development of these essential and psychic centers can recognize the developmental level.

The karmic law claims that the actions are the causes and consequences of other actions, so there is nothing accidental but everything is interconnected in a web of cause and effect linkages. So, for the karmic principle, actions that produce “negative” effects adversely affecting Dharma or “universal law” and bring Karma “negative”; while shares “positive” carry a Karma “positive”, everything is in the present life and in the next.

So the meaning of Karma, in this sense, is the law of the interconnectedness of all things and why, what they “do” do it yourself, everything from the outside, back to you in some way. But then if I have committed injustices, the “negative” actions in another life I will be punished for this? Or conversely, if I have committed actions “positive” in my past life, in this current I will have a “reward”? Not really!

If you’ve noticed, I always put in quotes shares “positive” and “negative” because there really is something really positive or negative, but only in the illusory duality in which we live. And this duality we need to experience ourselves. If it is possible that in another life you’ve mistreated the dogs, but the key point is not the dogs, but yourself in relation to what, for example, a dog bit you, or you are afraid of dogs, dog, in this case, is for you.

The Karma is not just a way of defining the concept of cause-effect, but an energy that uses this principle to manifest itself. The law of Karma reminds us that we are here in terms of souls and that, in addition to our individual Karma also exists the collective and planetary Karma and that these energies bring evolution of consciousness. If we become aware of what happens to us, it becomes an opportunity to change direction to our lives. So, if you change your 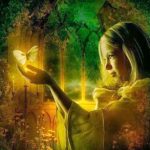 awareness in the hour, every change past, present and future. Because everything happens now.

We come to what I understood. I think our immediate family and our ancestors, influence our lives today but only minimally. Everyone responds to himself and his personal evolution or karma, that will be different from that parental or parenteral. Let us for example. to think about the date of birth, they seem only numbers, but behind those numbers there is a definite period, such as the month, day and year of birth, which allows us to be born and then switch between intrauterine life to a life independent detached from its mother. Already the mother, the first figure that should be of extreme importance in our training. According to the ancient day and month of birth,

Today we see a worsening of some values that should be primary as education, good manners etc. There is an increase of selfishness, envy, dissatisfaction and exaltation of its ability, lack of good wisdom that does not mean being the bigots, but means understanding when luck comes knocking on the door and keep sapercela because you can not have the impossible and especially that which is not within our reach.

If you claim too it is inevitable to encounter some unpleasant surprise. This happens especially in the weaker of the two people involved. For example. in a pair that is in the light of the sun, or illegal, there is always who is weaker. The ability of certain human beings is very high in being able to paint pictures, which later prove to be quite false to the detriment of the poor unfortunate gullible.

And ‘possible to make changes on your own karma, but for that you need a lot of introspection; or the ability to 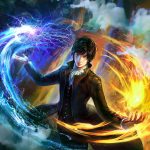 understand and analyze our life and see in a mirror all our current errors, which lead us to a state of misery and failure, and maybe have a look at those who managed much more than we realize their dreams but this must be done without feeling envy, otherwise we do not go anywhere. Council to avoid too positive or extreme philosophies on everything you can and things like that. It can be to the extent that we put on certain positive vibrations suitable to obtain a certain purpose. But then again the basis that there is always serves the content. If I have to make a tiramisu, you need the proper ingredients, no other ones I create or not create anything. It is said that the way that I think will give me the happiness I really bring happiness. Of course if we want to change jobs, it is inevitable that you will have to find other ways because in the long run not a rewarding job will make us very unhappy. But even here things are done a little planning the situation. In love, never let the wake of a impulsivity. If there are no grounds rather than serious or a difficult cohabitation. Because after going back is not easy because even after the pride will not make things easy.

Without careful analysis of their mistakes and consequent bad luck, it is impossible to change the karma, and make an unhappy life is not exactly the best. If we fail on their own, they look for people who can make people understand the point. Today the figure of the coach  prepared and not the first passing, can give a considerable help.